History Of The Company 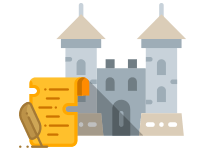 Way back in 1994, a small relatively-unknown company launched what is believed to be the world's first online gambling site. Microgaming has since expanded into seemingly facet of online gaming including poker, bingo, mobile gaming, sports betting, live dealer games, and much more. In 2017, their total game collection now expands over 850 unique games and over 1,200 variants of those games, with the newest Microgaming casinos' titles released every month.

Microgaming has become something of a gold standard in online gaming, winning countless awards over the years at industry shows. They've also set countless payout records, including the biggest online bingo win in history at £5.88 million (about $9.6 million Canadian dollars). The company is particularly famous for its ridiculous progressive jackpot slot payouts on its Mega Moolah game, including its over £13.2 million ($21.6 million in Canada!) jackpot awarded to a UK player off a spin that cost less than a dollar.

In 2015, a lucky Canadian player won a whopping $7.5 million on Mega Moolah, the record-setting progressive slot machine game that's made countless players millionaires since the game's launch in 2008.

Advantages Of Playing At Microgaming Casinos

There are many good reasons to sign up and play at a Microgaming online casino as a Canadian player, but the biggest is simply because you are guaranteed to know what you are getting: high-quality and reputable games in a wide-variety of genres. Playing at Microgaming sites also ensures you that you are going to consistently to see the latest and greatest games. Because of the company's reputation, they've attracted the best brands in the business, which all have great welcome real money bonuses, customer service, and banking options.

It's also hard to find a software company more reputable than Microgaming. They helped establish eCOGRA, the third-party organization which regularly audits all the top gambling sites (including their own sites). Recognizing this high-standard they've set for themselves, you should feel completely safe playing at any site that Microgaming has chosen to associate themselves with. 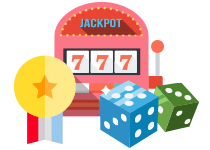 Microgaming's game catalogue is an ever-evolving one and like with any good developer, certain games go in and out of style. However MG also have a handful of titles that have remained popular over the years and don't show any sign of slowing down. An obvious example of this is Mega Moolah, the progressive slot machine which in 2015 awarded one lucky Canadian player a whopping $7.5 million in real cash, and several other players even more since the game's launch in 2008.

Other Microgaming slots that have seen sustained success include Avalon 2, Thunderstruck II, Bust the Bank, and many of their officially-licensed titles like Game of Thrones, The Dark Knight Rises, and Tomb Raider 2. All their standard table games (blackjack, craps, baccarat, etc.) have loyal followings as well and can't really be improved upon.

Although the company makes arguably the best games, that doesn't mean that all Microgaming sites are worth playing on. Beyond just game selection and quality, there are still the matters of real money sign-up bonuses, customer service, and deposit/withdrawal methods to look into. These factors all fall on the shoulders of the site itself and not the Microgaming online casino software.

This is why Canadians can have a difficult time choosing a site. There are just so many and when you are new to online gambling they can all look alike at first glance. That's why our Canadian review team took on the laborious task of reviewing countless Microgaming casinos and listing only the very best ones here for your enjoyment, so you can spend less time researching and more time playing your favourite games for real money.

What does Microgaming create?

The company has its hands in seemingly every niche of the online gaming industry. This includes poker, bingo, mobile gaming, sports betting, land-based casino games, live dealer games, and much more on download, HTML5 (no-download), and of course also their Microgaming mobile casinos.

Microgaming's online casino software also runs the gamut in terms of table games, including slots, blackjack, roulette, video poker, and you guessed it: much more.

What are some of their most notable games?

Far and away the most famous Microgaming title is Mega Moolah, which has paid out countless millions to countless players since 2008. But that doesn't the mean the rest of the catalog is stingy, which is far from the opposite.

Seemingly everything Microgaming puts out is a hit, and in recent years some of its more heralded titles have included other slot games like Thunderstruck II and its countless licensed games like Game of Thrones, Playboy, and Jurassic Park. Its classic table game offerings (blackjack, craps, baccarat, roulette, etc.) and all their variants all also have large followings.

How is Microgaming perceived in the online gaming world?

The company is considered by most to be the gold standard of online casino software providers, and the sheer amount of partnerships they have with the top sites and the innumerable high quality games they produce make it hard to argue otherwise.

The newest Microgaming casinos are always announced with much fanfare and fans and competitors alike from Canada and all around the world are always fascinated by what the company will come up with next.

Since the true number is over 70, it's impossible to list them all, but they are the software of choice by some of the biggest and best casino groups in the industry. Many of these sites cater especially to players from Canada, as well.

What are my chances of winning real money on their games?

Your odds of winning real cash are more dependent upon the game you are playing as opposed to the software provider. One way to figure out your approximate chance of winning in the long run is to look up return to player (RTP) reports for individual games, which are published monthly through quality-assurance organization eCOGRA.

The RTP is a percentage 0-100 that tells you on average how much money players win for every $100 of real cash they wager. Obviously the higher a game's percentage is to 100, the better your chances of profiting. Some of Microgaming's highest RTP rates are found on the video poker game All Aces (99.92%), their Atlantic City blackjack title (99.65%), and most of their other blackjack games.

How do Microgaming's games hold up against their competitors?

There may be some companies out there with better graphics and some whose games have more bells and whistles, but in terms of a balance between both, no one really tops Microgaming. That's not even taking into account just how wide their variety of games actually is, spanning over 800 titles in total (and many more variations on top of that).

Again, the fact that over 70 different online casinos choose to use Microgaming casino software is a big testament to the quality of their games. They are also consistently one of the industry trendsetters, opening their first mobile casinos way back in 2004 when few else were.

Is Microgaming a reputable company?

Between the amount of big-name brands they provide their Microgaming casino software for, that you can find good up-to-date payout reports for all their games, and the large number of industry awards they've won, it's obvious Microgaming is one of the most respected names in the industry.

They are also one of the founding members of eCOGRA (e-Commerce Online Gaming Regulation and Assurance), a third-party organization that does regular audits and checks on online casinos to ensure that they are running a fair game and using a balanced random number generator.

Are their games rigged?

In an industry as competitive as online gaming in Canada, you don't last as long as Microgaming has if you run anything other than a fair game. Plus, all casinos game have at least a small house edge, meaning good software developers don't need to rig their games in order to profit in the long run.

For all online casino Microgaming sites and games you can find transparent payout reports published by eCOGRA, a third-party casino quality assurance organization.