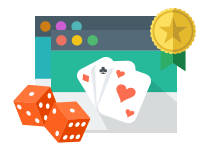 Net Entertainment, or NetEnt, was established in 1996. Since then, they've been a pioneer in the industry, setting many online gaming 'firsts' and winning plenty of awards along the way for it. A few years later, the company launched the first NetEnt casino as well as some of the first real money games ever built on the Java platform.

Fast forward to the future and the Swede company has grown pretty much exponentially, even being listed on the NASDAQ OMX in 2009. From, there the company kept on landing larger and larger agreements with big names, including industry giants Paddy Power, Betfair, and the Rational Group. The first NetEnt mobile casinos came to life in 2011, their first dealer games two years after that, and in 2014 their stock market value surpassed €1 billion. In 2023, the once-little company now has offices in seven major cities around the world and are partnered with over 100 casino operators based all around the world.

One of NetEnt's most famous games is Mega Fortune, a progressive slot game that has paid out jackpots worth as much as $25 million Canadian dollars.

Advantages of Playing at NetEnt Casinos

When you play at a site that uses NetEnt online casino software, you are guaranteed one thing in particular: high quality and visually-striking games. Not only do these games look good, but they are often instant-play and mobile compatible on a variety of platforms including PC, Mac, iPhone, Windows, Android and more..

Just because a site uses NetEnt online casino software doesn't automatically make it worth playing on (more on that below), but a partnership with the brand is a good indicator that the casino cares strongly about its brand and offering its players an immersive gaming experience. To boot, the games options are abundant in their variety and options, and their payouts rival those of any gaming software company.

The most well-known NetEnt casino games are probably progressive slot titles like Gonzo's Quest, Starburst, and their officially licensed South Park games. In 2016, casino sites also started featuring a new trilogy of games called NetEnt Rocks. These exclusive titles were themed after three rock n' roll legends (Jimi Hendrix, Guns n' Roses, Motörhead) and more did their legendary namesakes justice. One of the most famous games is Mega Fortune, a progressive slot game that has paid out jackpots worth as much as $25 million Canadian dollars.

All of the 'standard' casino online games also seem to impress anybody that plays on one. Their attention to detail is unrivaled in the industry and 'staple' games like blackjack, hold'em and roulette all look beautiful and ultra-realistic. 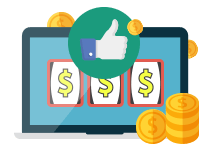 If you haven't been able to tell already, we really dig the gaming craftsmanship that is NetEnt casino software. However that doesn't mean every site that features their games is worth playing without first checking in on a few things.

That's exactly what our team has done, looking at the major NetEnt sites and mobile casinos in terms of what players from Canada want to see. What's left on our shortlist of recommendations (featured on this page) are solely sites that have great bonuses, a variety of withdrawal and deposit options, strong security, and of course the best real cash games.

What does NetEnt make?

NetEnt is an online gaming software company that provides full-service solutions and games to online casinos (including marketing, hosting, customer support, etc.) all around the world.

What well-known games have they made?

Far and away the most famous NetEnt title is Gonzo's Quest. The conquistador-themed slot first released in 2010 was one of the first games of its kind to have its symbols 'avalanche' or fall into place as opposed to the traditional spinning on a reel. The game is available on NetEnt mobile casinos and desktop ones alike and its generous paytable has rewarded countless players of the year with great sums of real cash.

Other popular slot titles from NetEnt include Mega Fortune, Starburst, Jack and the Beanstalk, and a number games with official licenses including South Park, Deal or No Deal, and Scarface . Table games like poker, red dog, roulette, and pontoon are always popular as well, especially when they look as good as these versions do.

Absolutely, and there's many reasons why they have their own page on our site as well as their own dedicated fan pages. The first thing is you'll notice right away when you play any NetEnt game for the first time is the graphics. The 3D graphics are surreal and next-level, and there's few other developers putting out great visual experiences as consistently.

The games are more than just a pretty face though, and their features and variety more than back it up. The company offers a huge selection of instant-play, download, and mobile games that you can play on your smartphone, tablet, or other mobile platform.

Which sites use their software?

In 2023, over 100 different online casinos now have agreements with NetEnt to use their software.

What are my odds of winning real money on NetEnt games?

Due to their wide range of betting limits, NetEnt games are considered to be favourable to players of all wallet sizes. Within those games, the odds and return to player (RTP) rates are competitive to what you will find in the games of most casino software developers.

And like with most developers, the NetEnt games that offer the highest RTP rates (the amount on average that is returned to players for every $100 they spend) are double exposure blackjack, Jacks or Better video poker, and pontoon.

How does NetEnt online casino software hold up against its competitors?

They might not have the sheer total number of games that some of its competitors do, but you could make a strong case that the games are all about the best quality over quantity.

In all other regards, the newest NetEnt casinos can go to toe-to-toe with likes of Microgaming, Playtech, and other competitors. These sites have strong mobile compatibility, live dealer games, in-browser and downloadable games, free play modes, partnerships with some of the biggest brands in the business, and of course a variety of real money games that will satisfy even the most sporadic Canadian casino game players.

Does NetEnt have a good reputation?

Like we've mentioned before, NetEnt wouldn't still be around (for 20 years now) and shown the growth that it has if it hadn't legitimately earned the respect of the brands it partners with as well as (and most importantly), that of the players themselves.

NetEnt seems to rake in the awards at every industry convention and its games and properties always seem to be right up there on casino gaming 'Best Of' lists. Cult followings like the one NetEnt has don't develop for just anybody, and the regular testing and auditing the company undergoes from third-party organizations just adds to that sterling reputation.

Are the company's games fair?

Yes - NetEnt's games are regularly tested and audited by third-party organizations like eCOGRA, Gaming Laboratories International, and iTech Labs. These groups examine online casinos and games to make sure they are operating fairly, protect their players' personal data, and meet all local government regulations.

Transparent payout reports for NetEnt's real money games are even published regularly and available to the public, so you can see on average exactly how much he company and its partners are profiting per game.