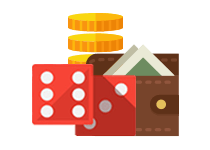 If you've ever played craps or roulette, and even if you haven't, Sic Bo isn't complicated to learn. There's no advanced casino Sic Bo strategy you need to worry about memorizing, and the object of the game is simply to predict what three dice will end up showing after being rolled by the dealer.

Like with any game of chance, being good at the game mostly just means managing your bankroll well and having a basic understanding of the odds and payouts for each wager you can make. Generally speaking, the higher odds a bet has of happening, the lower it pays out and vice versa (see below for a more in-depth breakdown of Sic Bo payouts).

Sic Bo is a dice game that has gained popularity in Canada and worldwide for its simplicity of play, fast action, and big money swings that have seen countless players win countless dollars on just one roll of the dice.


A Brief History Of The Game

Sic Bo is a Chinese game that has had countless names over the centuries. Today it is known as Dai Su in China, as hi-lo in the Philippines, and as Sic Bo (meaning "precious dice") to much of the rest of the world. Like other games (such as Keno), Sic Bo was brought to North America by Chinese immigrants that helped build the first transcontinental railroad.

The game slowly spread in popularity from USA to CA to the rest of the Western world, and in the 1990s it started to appear on Las Vegas casino floors. As online casinos became a thing and began to flourish, Sic Bo began to make its way to an even broader global audience, and today is considered a standard of gambling sites everywhere. 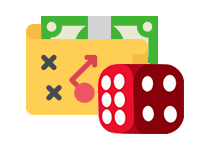 A Sic Bo table can be an overwhelming thing to look at if you are a beginner. Thankfully, there are some safe bets you can make that are simple to understand and that can also pay out nice sums of real money. Once you get a hang of the game, you'll realize in many ways that it's very similar to craps and roulette.

A popular bet for beginners is to wager on the spaces that say something like "Small - Numbers 4-10" or "Big - Numbers 11-17". These bets pay out 1:1, and if the total of the three rolled dice lands in one of those ranges that you bet on, then you win! Similarly, you can also bet on whether the dice will add up to an odd or even number, which also pays 1:1. These (small, big, odd, even) are the four simplest bets to understand as well as the four with the best win probability (48.6%).

The Best Bets And Odds

While those above four bets may pay out the most frequently, they also pay out the least amount of money. If you feel like going against the odds and placing bets that have a lower probability of hitting but also come with higher payouts, you might be interested in some of the game's more special bets.

Betting on Specific Triples (that a number of your choice will show up on all three dice) pays around 215:1 at most online casinos. The next highest risk/reward bets are a Three Dice Total of 4 or 17 (around 60:1 odds), on a Specific Double and Single Number Combination (50:1), or a Three Single Number Combination (30:1). The probabilities and odds will vary slightly depending on the casino site you're using, but for the most part don't fluctuate too much.

As far as we know, none of Canada's province-sponsored online casinos offer Sic Bo to play. But that doesn't mean Canadians are out of luck, instead they will just need to find a site based in another country to play at.

Thankfully there are many casinos online that not only offer Sic Bo, but that also cater to Canadian players. In addition to accepting C$, these Sic Bo casino sites offer great real money bonuses to new players, customer support with Canada-specific help lines, and super strong security protecting your bank and personal details.

Our review team has done the work of ranking all of these recommendations, and the ones that were left we have featured right here on this page. Following these recommendations will land you at a Sic Bo online casino that has all above things and more, meaning you can sign up and begin playing the game for real money in literal minutes.

Where can I find good Sic Bo casino games to play?

If you follow our recommendations on this page, you have our review team's word that you'll end up playing on only the very best Canadian casino sites.

The sites listed here all offer great real cash sign up bonuses, a variety of betting limits that suit all budget sizes, super strong e-security, and of course a selection of the best Sic Bo casino games available in 2023. Some of these even offer Sic Bo live casino games, providing the most authentic gaming experience you can get outside of a traditional brick-and-mortar venue.

Is the game popular with Canadians?

You'd be hard pressed to find a casino game-playing country that doesn't love Sic Bo, and Canada is no exception.

While it's certainly no poker or blackjack, Sic Bo online casino games are starting to crop up on casino floors (both real and virtual) all across Canada. A big part of the reason for this boost in popularity is the game's simplicity. As a game of chance, there is no complex strategy that needs to be memorized, meaning the game is as easy as placing your bets and watching the dealer roll the dice.

Can I play online Sic Bo games on my smartphone or tablet?

Definitely! Playing gambling games on mobile is the latest industry trend, and most top casino sites offer online versions of their most popular games.

If being able to play from your smartphone or tablet is a deal-breaker for you, always double-check that an online casino offers mobile Sic Bo before signing up and depositing real money.

How much money do players stand to win?

Online Sic Bo games are great because you can choose to play more conservatively and hope for slower and steadier wins, or you can wager on a high-risk/high-reward bet and grow your stack of chips immensely with one roll of the dice.

How much exactly you can win depends on the betting limits of the site you are playing at, but the game's biggest bets (Specific Triples and Three Dice Total) pay out 180 to 1 and 60 to 1, respectively.

Is there a strategy I should use?

Since it's a game of chance, there isn't any kind of Sic Bo strategy that's going to help you out in the long run (like in blackjack and some other casino games).

If you care most about making your money last and winning slow and steadily as opposed to hitting one big win, the best bet is to stick to the small, big, odd, and even bets which all pay 1:1 and have the lowest house edge in the game. Like in roulette, progressive betting systems (like d'Alembert and Labouchere) can be applied to Sic Bo. But like with any betting system or strategy, these aren't foolproof and at the end of the day the best strategy is good bankroll management and knowing when to call it quits.

Is it possible for an online casino to rig the game?

Possible - yes. Probable? Absolutely not, especially if you stick to our recommendations.

The online Sic Bo sites we've listed here all are certified safe by the country they are registered in as well as by a quality-assurance organization like eCOGRA. These two bodies inspect internet gambling sites regularly to make sure they measure up to their stringent standards of fair play and that their games of chance are truly operating randomly. Also keep in mind that in Sic Bo, like most online casino games, the house already holds a nice edge (that's how casinos make their money) meaning there isn't really any need to cheat players out of their money.