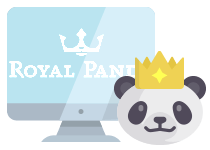 Royal Panda stepped into the online gambling space not long ago with its mascot, the very loyal and royal panda. Yet they have managed to set themselves apart with their user-friendly interface, instant play games powered by a number of industry leading software and licenses from the most stringent of jurisdictions. Our Royal Panda Casino review will shed light on what kind of games the site carries, along with its promotions and the level of safety it provides to players.

Canadian gamblers will find this casino a much-needed break from the old online casinos ruling the web for long. With a lively gambling interface in instant play mode, there isn’t any need for cumbersome software or app downloads. Across all compatible devices, be it your desktop, laptop, tablet or smartphone, you can easily access Royal Panda to enjoy its broad range of casino games.

What’s On This Page

PLAY WITH YOUR FREE C$100 BONUS

The gamut of games found at Royal Panda was quite impressive, with gamblers facing an assortment of more than 300 casino games. The best part we found was that this online casino was entirely based on an instant play platform. You can even juggle between four games simultaneously thanks to Royal Panda's optimized browser-based lobby. From video slots and classic slots to table games, scratch cards, live dealer games, and soft games, Royal Panda is a casino suitable to all sorts of gamblers in Canada.

You will never be short of choice when looking for a table game to play. From classics such as poker, blackjack, roulette and baccarat to interesting games such as Punto Banco, Vegas craps, and video poker, Royal Panda hosts a great number of casino games. Moreover, there are many variants of each game such as seven variants of roulette, eight varieties of blackjack and seven variations of video poker. For strategy games, you can play real money Casino Hold'em, and Progressive Caribbean Stud.

Tired of playing casino games against a computer? With Royal Panda's live casino, players can gamble against other players at real tables with real croupiers. There are in total 16 different variations of live blackjack, live roulette, live baccarat, and live poker that you can play. To name a few, these include Live Ultimate Texas Hold'em, Live Three Card Poker, Immersive Roulette, Live Baccarat Squeeze, Blackjack Party and Live Caribbean Stud Poker.

Royal Panda also features fun-filled soft games different from the regular table games and slots. Popular soft game titles include Four by Four, Max Damage and The Alien Attack, Premier Trotting, and Germinator. Don’t forget to try out a bunch of scratch card games to test your luck such as Ace and Lucky Double, Triple Wins and 7 Gold Scratch.

Canadians thinking about opening an account with Royal Panda need not think further. Our review team found a great welcome offer available on the platform. By simply depositing anywhere between C$10 and C$100, you receive a match deposit bonus of 100%. This is a great way to pump up your gambling budget as a new player and make some winnings down the line. An added benefit revolves around the winnings you make with your first deposit. You can cash them out even when you haven’t yet achieved your bonus wagering requirements. We have condensed certain important details from the fine print of the sign up bonus offer:

At the time of writing, there are a couple of ongoing promotions such as the Bamboo Bonus and Lucky21. Exclusive to Fridays, the Bamboo Bonus rewards regular players to the casino with a 50% match bonus on deposits up to $150. There is also a Lucky21 promotion on 21st of every month, giving blackjack enthusiasts the chance to win $210 through a lucky draw, in case they land blackjack during their regular game.

During our Royal Panda Casino review, we found they also run a Loyal Panda program, which you become part of when signing up at the casino. With four levels (Bronze, Silver, Gold and Bronze) to climb, you can win nice gifts from the Loyal Panda Shop and bonuses along the way.

Are you are an avid gambler on the move? If so, then Royal Panda's mobile gaming is here to satisfy your thirst of real cash games on the move. We had a great time running the site on different devices during this Royal Panda mobile casino review. Regardless of the device you carry (Windows, Android, Apple or BlackBerry), Royal Panda has set up its platform for users on the go to enjoy gambling without any glitches. Use the same account as you have for the desktop or create a new one, Royal Panda allows you to play your favourite casino games with just a few taps and swipes. We used a range of devices and they all worked flawlessly in terms of handling the site and games.

Players have plenty of choices to play from their smartphones and tablets with over 200 games encompassing table games such as roulette and blackjack, slots and live dealer games. Players from Canada can even play games for free at the mobile casino. Almost all games with the exception of live games and some progressive jackpot games can only be played for real Canadian dollars.

Gamblers at Royal Panda have a long list of banking options to choose from. Some of the banking methods are specific to certain countries. For Canadian players, methods for depositing funds include direct bank transfers, MasterCard and Visa credit cards and debit cards, e-wallets like Neteller and Skrill, prepaid cards like AstroPay Card and Paysafecard. The best part is that the funds are transferred to your casino account immediately.

For withdrawals, Canadians mostly have to rely on Skrill, Neteller, Visa, MasterCard or fast bank transfer. There are no processing fees involved with any of these methods. Of course, you are required to provide proper documentation as proof of identification before funds can be processed.

Our review team really loved the customer support offered by this online casino. The website features a handy 'Help' tab clearly visible at the top of every web page to the right. Under the Help tab, various support categories are laid out in a highly organized manner.

Friendly customer support staff are available on Royal Panda’s hotline every day of the week between 9 AM and 12:30 AM (GMT+1). Interestingly, their site also features a 'request to call back' feature whereby customer service reps end up calling you once you leave your contact details and message.

During business hours, you can even avail the live chat feature to chat directly with the available customer support staff. Shoot an email at [email protected] or complete the online contact form on the website with your message to get answers to your concerns and queries regarding gambling at Royal Panda. Don’t forget to check out the detailed FAQ classified according to categories, making it easier to search for relevant topics.

From the security point of view, Royal Panda is a trustworthy site. With two licenses from reputed online gambling jurisdictions such as the UK Gambling Commission and Malta Gaming Authority, Royal Panda has to adhere to strict laws and regulations in order to maintain them.

Compared to other online casinos using 128-bit encryption, Royal Panda uses the advanced 256-bit SSL encryption on its website, provided from Comodo, which has a strong reputation for online security services. Therefore, all your personal and financial details are completely secure while gambling at this online casino. Moreover, with games powered from NetEnt and Microgaming together with independent audits, the games at Royal Panda are completely random and fair. With regards to live dealer games, they are subject to scrutiny by the MGA.

Apart from the premier range of gaming providers, the Royal Panda website is well-organized and radiates a warm and welcoming aura. Gamblers will appreciate the structure and organization of the different tabs and sections on the website, making it easy for them to navigate. Games, promotions, payment methods, live casino, mobile casino, the Loyal Panda program, and help all are just a click away.

In the Games section you will find the games to be categorized under different subsections such as most popular, table games, classic slots, video slots, video poker, live casino and jackpots. Players can sort the games in alphabetical order or according to popularity status. There is also a convenient search box in case you prefer to find a particular game. A popular feature is the 'Hot and Cold Slots' system. Just like in a brick-and-mortar casino, this system allows you to know about the slots which have paid out to gamblers on a frequent basis.

Royal Panda offers an instant play casino platform to amateur as well as seasoned players. It is hard to miss what you're looking for since the user interface is quite intuitive. The games at Royal Panda, be it slots, table games or live dealer games, can be played directly in your device's browser.

Royal Panda uses a solid match deposit bonus of 100% of up to C$100 to lure in players. Not only this, the site even hosts regular promotions and has a loyalty club where players can gather loyalty points that can be later redeemed for free spins, bonuses, and other prizes.

Players in Canada can gamble on the move by simply logging in to RoyalPanda.com from their phone or tablet’s browser to enjoy touchscreen games. With regards to banking, there are reasonable options available for punters from Canada to deposit funds and withdraw winnings. Summing up, Royal Panda is a casino that stands at par with the well-established casinos and does a pretty good job of keeping gamblers in Canada enthusiastically coming back for more action.

- Welcome bonus good for players on a tight budget

Royal Panda treats its loyal customers with royalty with its fair range of flash games across a variety of compatible devices. Hurry up!

Claim up to C$100 as signup bonus right away!

Do new players get any incentive when signing up at Royal Panda?

Yes, Canadian players who are first-time gamblers at Royal Panda get a welcome bonus, a 100% match deposit bonus up to C$100.

What deposit options are supported?

Canadian players can use Visa and MasterCard, direct bank transfers, e-wallets such as Skrill and Neteller, prepaid cards like PaySafeCard and AstroPay Card to make deposits at the casino. Most of these methods can also be used to cash out your winnings from the site.

Will I get a bonus?

You’ll find a very unique bonus offer as soon as you sign up for a free account. For every C$20 you deposit, you’ll receive C$32 up to C$160. If you’re not sure about playing, you can collect a C$10 no deposit bonus to try the real money games out. There are also daily freerolls and lots of other weekly promotions to keep you eager for more.

Can I play Royal Panda on my smartphone or tablet?

Do they provide free play games?

Absolutely, all games except for live casino games and certain progressive slot machines can be played for free. However, you cannot win real money while playing free games.

Can I play real money games in Canadian Dollars?

Can I completely trust Royal Panda?

Yes, the site is licensed and regulated by the MGA and UKCG. Moreover, it employs 256-bit SSL encryption technology. All of this make Royal Panda a legitimate online casino. 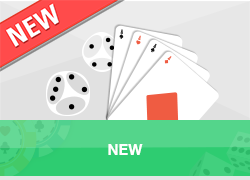 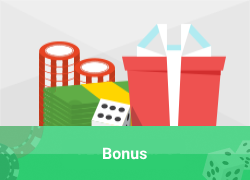 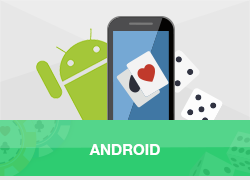